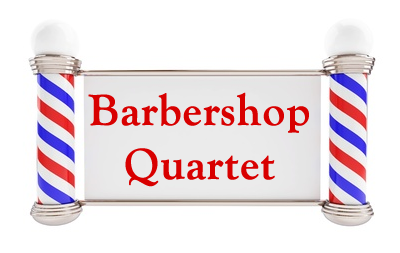 What is a Barbershop Quartet?
Simply put, a barbershop quartet is four guys, gals or both singing four different parts, which combine together to form the wonderful harmonies of the Barbershop Style. This can range from 'woodshedding', to impromptu chapter quartets, to registered competition and performance quartets.

Why Quartet?
Quartet singing is the purest essence of barbershop harmony, and there are many forms of this joyous pleasure - anything from spontaneous, casual, non-public tag and song singing to more serious show and competition quartets, with every variance between. 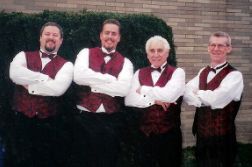